You are here: Home / libbyBLOGS / Just Go In: a story about boobs 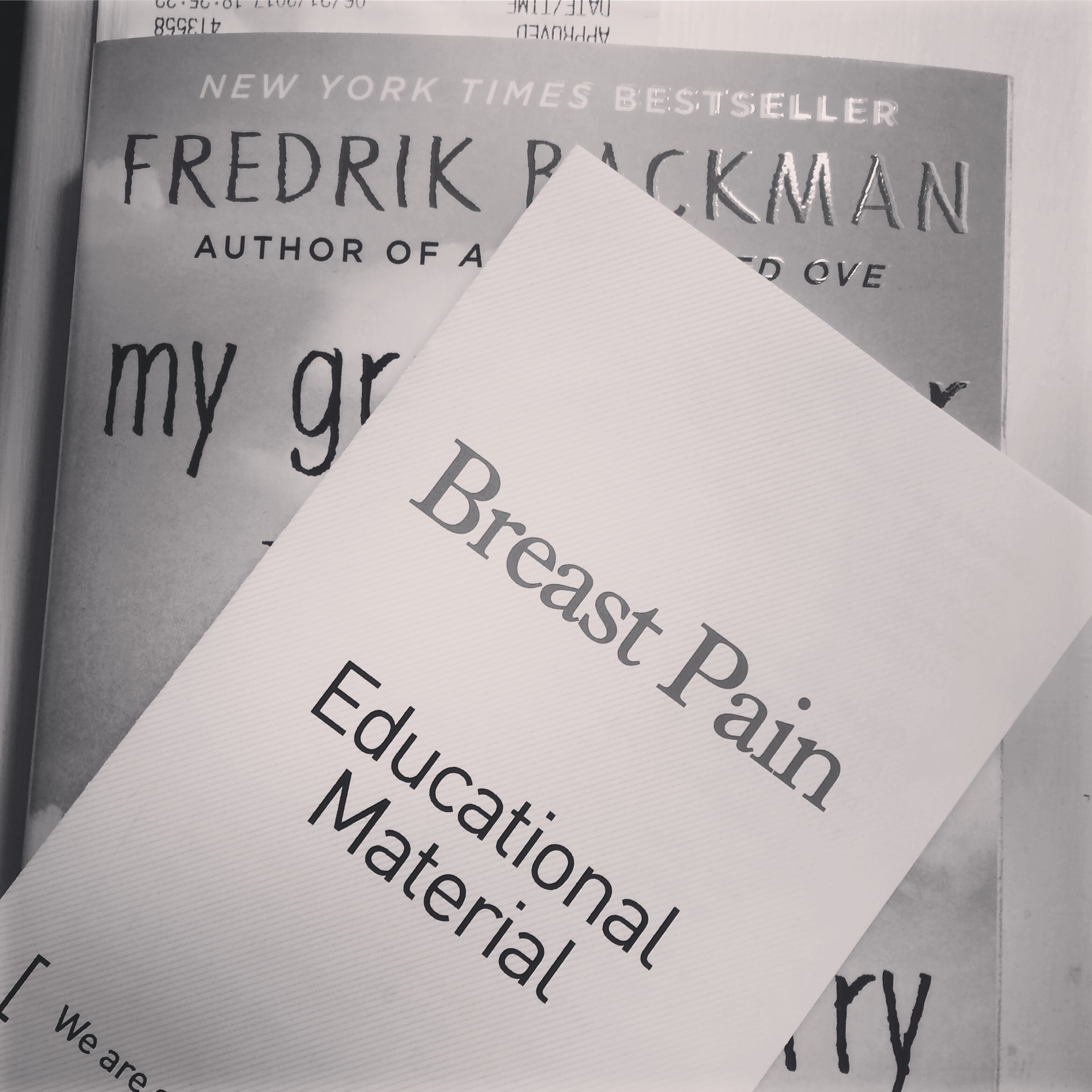 I’m a live out loud kind of person and I’ve learned that the more I share, the more we all realize we share common experiences which makes hard times a lot less isolating. So I’m going to share this story with you all.

Right around the fourth I noticed a pain in my right breast. It was a bit unusual but I didn’t feel any lumps and thought it could be hormonal and I should wait it out. Over a week later, the pain was still there. Right behind the nipple. It was especially painful when I didn’t have a bra on, sometimes even waking me up at night if I rolled over wrong. Yikes.

If you know me personally, you’ll know that six months ago my mom was diagnosed with breast cancer. After two lumpectomies she finally had a mastectomy that took care of it and she is doing very well now. But genetic implications definitely weighed heavy on my mind after my own pain started.

I was hesitant though to make the call myself. I’m a worrier, which I know, so I’ve had to become very good about talking myself off of proverbial cliffs.

Plus, I thought, what if the pain was from something weird that happened during intimacy? How embarrassing would that be to go in and have a doctor tell you it’s nothing and you should take it easy in the bedroom?! But when I expressef this out loud to Hubs he reminded me that we haven’t done anything weird. Ever. “Like. EV. ER.” Sheesh, I get the drift, okay.

Last week I was with a group of ladies (some of whom I don’t know all that well, sorry ladies) and couldn’t keep quiet anymore. Somebody said something about boobs, completely unrelated, and I piped in. You know, while we were on the subject. I shared my symptoms and asked what I should do (and if it meant I was going to die 😉). The consensus was to get it checked out. Better to err on the safe side. Just. Go. In.

So I called as soon as the clinic opened the very next morning and set up an initial exam for that day. The doc agreed that she didn’t feel anything scary but a mammogram and ultrasound were ordered to rule out cancer due to family history.

I also got to wear a cute little sharpie drawing for almost a week until I could get into radiology. I was tempted to flash everyone I met but I do have some restraint left in me after all.

Fast forward to today when I had my very first Mammogram. Mammo. The big boob squish! I’m not gonna lie, this 35 year old was excited. And nervous. But mostly excited to see what it is REALLY like.

Spoiler alert, it’s just as bad as “they” say it is except it goes by pretty quick. And the nipple bandaids were unfortunately not how I imagined them to be.

The boob squish went off swimmingly, complete with small talk. No official results are given at the time, of course, but I felt pretty good about my first time.

The ultrasound was next. There were two technicians in the room; a new-to-the-field tech who performed the ultrasound, and an experienced one who gave her guidance from a distance. Small talk, again, ensued. Then when the wand went over the tender part, it got quiet. The new tech looked over at the experienced one, she nodded, and then keyboard tapping started. I couldn’t see the screen but those looks sparked massive anxiety I’d been keeping at bay. The experienced tech tried to talk about the weather. (No joke. The WEATHER!!) I’m not sure if I was uttering complete words, let alone all the questions that were flooding in. I stayed quiet, trying to read their faces.

When we were wrapping up the experienced tech gave some direction to the new tech about dictation notes and said “You can add what you think it is if you feel confident but you don’t have to.”

Still, silence on my end.

The newer tech began to tell me to clean up, but the older one stopped her and said that they were sending the scans to the two radiologists that were in that day, they would both look at them, and would probably want to take a look themselves. Just sit tight and someone would be in in just a moment.

You guys, all jokes aside, I was in full panic mode when they left me alone in that room. Totally consumed with fear. What was the “it” they were talking about? Is this really it, God? Is this how you end me? This can’t really be happening.

I have a close friend dealing with a cancer diagnosis just this week of someone in her family that’s the same age as me. I began to realize that all the empathy in the world does not prepare one for what impending terrible news actually feels like.  I won’t even try to explain here, except that time slows to a crawl and those five minutes waiting for an answer you’re not sure you want to hear is definitely the longest five minutes of your life.

Fortunately, my terror was short lived. The radiologist came in to report that the mammogram looked great and I have a benign, fluid filled cyst causing trouble. “Some people just make cysts.” They could drain it but there are no guarantees that it won’t grow back or will relieve the pain. Or I could think about it and decide later if I wanted it drained.

I asked a few questions and then, with relief, said “No thank you” to the needle in the nipple and got the heck out of there as soon as I found the tiny dressing room with my clothes.

I left with “educational material” on “breast pain.” And I left knowing that not everyone is lucky enough to leave this way. I was full of both gratitude and heavy sadness for those who have to make more appointments and endure more small talk. If this is you, my heart aches for you. I pray for swift recovery and lots of inappropriate humor to tag along with you on that journey.

If that is not you, what I want you to take away from this blog post is that if you have a concern about your breasts, don’t be embarrassed. Make the call. Get it checked out. Just. Go. In.

As it turns out, I have another close friend with similar issues. This afternoon we declared ourselves “cyst sisters” and made fancy drinks to celebrate our weird boobs.